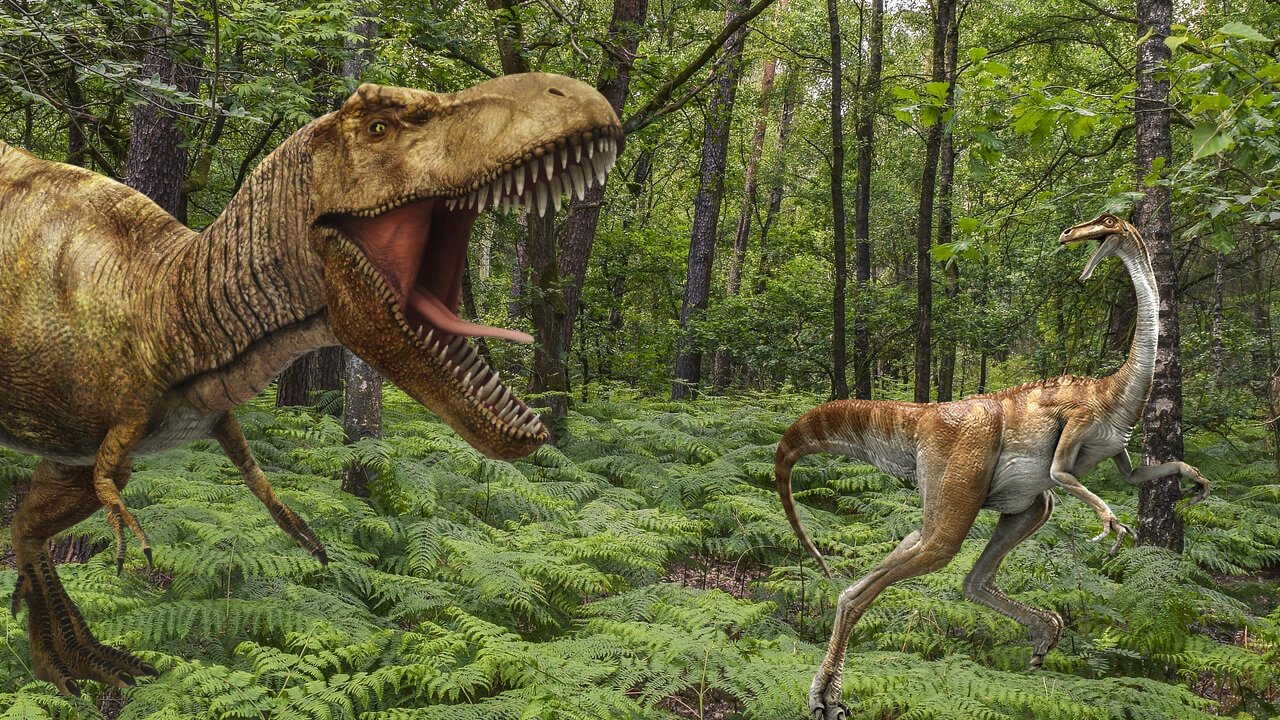 Dinosaurs have been the source of fascination to human beings ever since their discovery. These creatures ruled the Earth for about 165 million years. However, most of them disappeared after an asteroid struck the Earth’s surface over 66 million years ago.
How many different types of dinosaurs are there? Over 900 genera and over 1000 different species have been discovered and identified as dinosaurs.

(a genus (plural genera) is a group of animals in classification and comes between species and family.

Saurischia means “lizard-hipped” and includes primarily carnivorous dinosaurs with a lizard-like pelvic structure.
Triceratops and stegosaurus are two examples of Ornithischia dinosaurs, while the Tyrannosaurus was a typical Saurischia.

Carnivorous vs. Herbivorous Vs. Omnivorous

Bipedal or Quadrupedal types of dinosaurs

Dinosaurs are either bipedal or quadrupedal.

Bipedal dinosaurs could walk on two legs instead of four, and almost all of them were carnivores.

Two great examples of bipedal dinosaurs are the Tyrannosaurus Rex and the Velociraptor. Both predators (hunters) walked on two legs.

Quadrupedal dinosaurs walked on four legs, not on two. Most were herbivores and spent their day eating plants, similar to elephants or giraffes. Brontosaurus, Triceratops, and Stegosaurus are just some examples.

Some dinosaurs, however, did both – like Spinosaurus, who could walk on two or four legs.

1. Theropoda
Dinosaurs of this group are known as Theropods. Theropods have hollow bones and three-toed limbs, and most of them are carnivores, although some evolved to omnivores, piscivores (eating fish), and insectivores (eating insects).
Almost all meat-eating dinosaurs were Theropods; examples include the Tyrannosaurus Rex, Spinosaurus, and the Velociraptor.

2. Sauropods
Sauropods were giant, herbivorous dinosaurs. They have long necks and tails, small heads, and are quadrupedal (walk on four legs). They include the largest animals to have ever lived – like the Argentinosaurus, with a length of 40 m (131 feet) and a bodyweight of up to 100 tons. The most popular sauropods are the Brachiosaurus and Apatosaurus, and Brontosaurus.

Thyreophora
Thyreophora means as much as “shield bearers” or “armored dinosaur.” Those dinosaurs mainly were herbivores and had bony backplates and spikes on their tail. A great example of a Thyreophora is the Ankylosauria.

Ornithopods
Ornithopods were primarily herbivores. They were bipedal (walking on two legs) with bird-like feet, and most of them had a bird-like beak. An example of an ornithopod is the Hadrosaurus. Some ornithopods had a cranial crest on their skull.

Marginocephalia
These include dinosaurs like the famous Triceratops – animals with a bony shield on the back of their skulls. 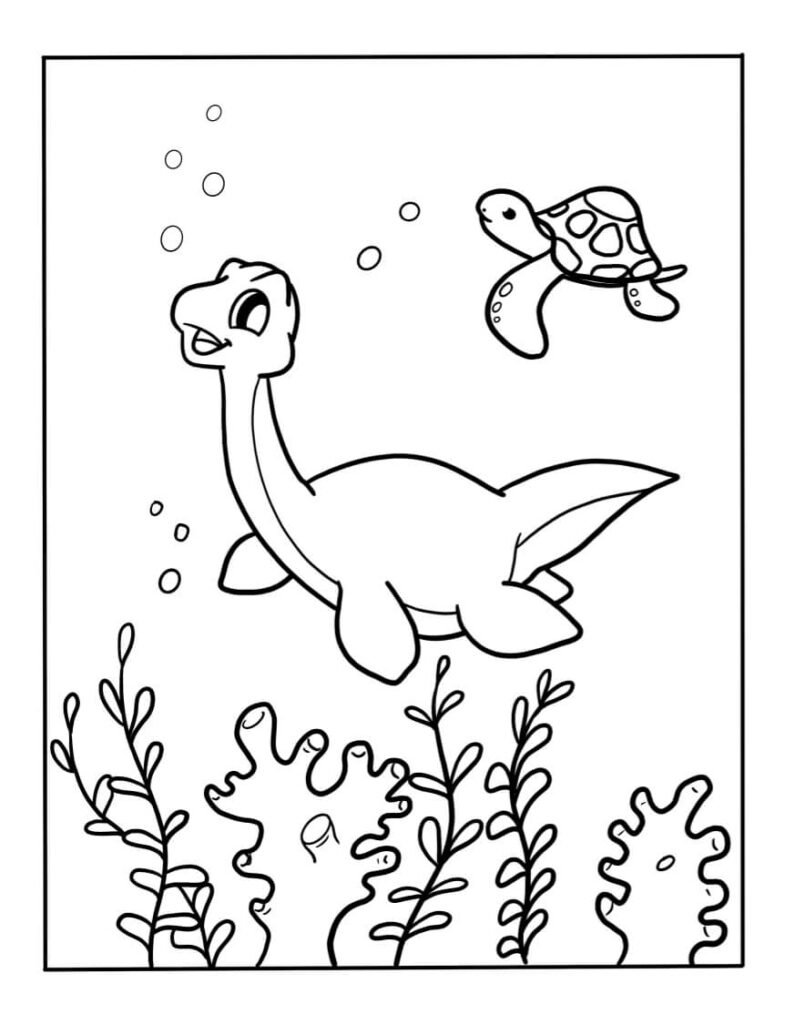 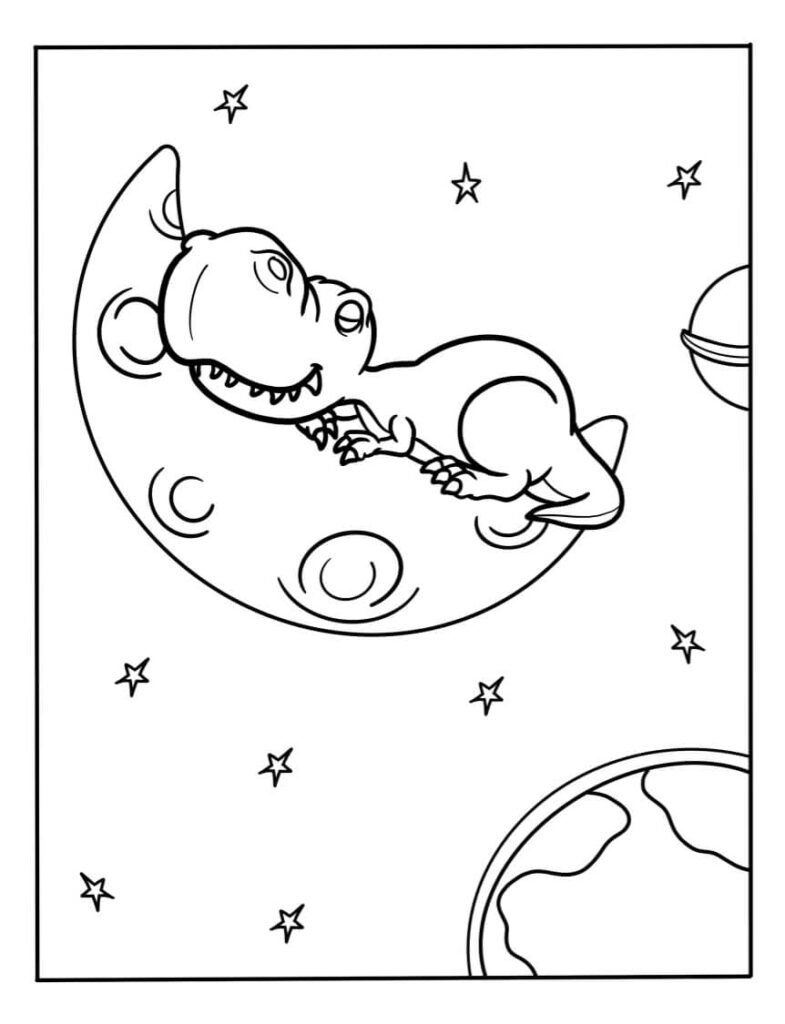 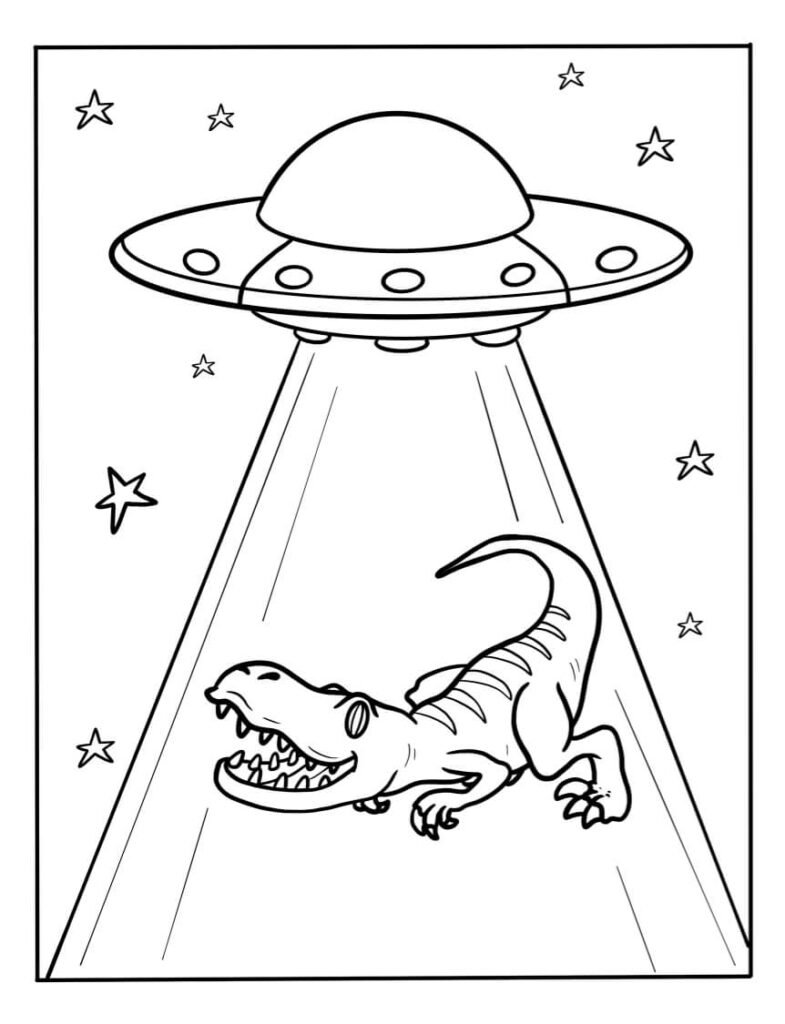 The different types of Dinosaurs include:

Tyrannosaurus rex – this Bipedal dinosaur is the most well-known, primarily due to movies, and of course, because it was a super good-looking animal. This dinosaur’s name means tyrant lizard king, and it was a theropod with a long, thick tail and sharp teeth. It was one of the giant carnivorous dinosaurs ever lived.

Stegosaurus – this quadrupedal dinosaur is another famous herbivorous dinosaur. Stegosaurus was an ornithopod (4 legs) with a body length of 6 m (20 feet) and a tail length of 1.2 m (4 feet). It was a fantastic dinosaur, with a diamond-shaped back and conical plates on the end of his tail.

Brachiosaurus – is one of the biggest of all sauropods (long-neck herbivorous dinosaurs). It had a body length of 23 m (76 feet), and its neck was as long as 15 meters. This incredible animal lived in North America during the early Cretaceous Period, 140 million years ago.

Iguanodon – this dinosaur may have lived in herds, but it also needed to eat a lot to fuel its vast body. It mostly ate plants and has teeth well adapted to a plant-based diet. It may have also eaten insects or fish occasionally. It is not entirely sure if this animal was a bipedal or quadrupedal dino.

Apatosaurus – This was one of the largest animals ever to walk the Earth! It had a long neck, a long tail, and a large body. The head was tiny compared to the rest of its body. Fun Fact: In 1903, paleontologists thought the Apatosaurus and the Brontosaurus would be the same animal and named it the Brontosaurus. It wasn’t until 2015 that they decided that both animals were two different species, even though they’re both related.

Ankylosaurus – Ankylosaurus had four thick legs with hoof-like toes on each foot. Its mighty tail was as long as its entire body! On top of its head sat two bony horns that may be useful in mating rituals. Ankylosaurus was a herbivorous dinosaur and quadrupedal (walking on four legs).

Velociraptor – It was one of the most common types of dinosaurs. It had tiny arms with powerful claws on each hand. A theropod dinosaur (bipedal) lived in Mongolia during the late cretaceous period. It had a Velociraptor, is also well-known for being in movies, and is usually misrepresented. It was a small feathered dinosaur with a body length of 1.8 – 2 m (6 to 7 feet) and feathers and weighed over 30 kg (65 lbs).

Utahraptor – This giant carnivorous dinosaur had massive talons on each foot that probably helped it catch its prey. It’s a member of the Dromaeosauridae family and the smaller Velociraptor but lived in North America (the Velociraptor in Mongolia).

Spinosaurus: This dinosaur was a large carnivore that lived in Africa during the late cretaceous period. The Spinosaurus had long arms with tiny claws and a very tall sail on its back. It’s not entirely sure how this sail would have been used. This dinosaur is interesting to know because it was one of the very few dinos that probably lived in the water, like a crocodile or a hippo. It was also the biggest carnivore.

Maiasaura: This giant dinosaur had a long neck and tail with four thick, short legs. It wasn’t so big (the size of a horse), but it seems to have lived in groups! The Maiasaura were herbivores and quadrupeds. They walked on all fours and spent most of their day eating plants.

Megalosaurus is an exciting dinosaur because it was one of the earlier dinosaurs to walk the Earth during the late Jurassic period. It was a bipedal carnivore. Its name means “big lizard,” Its body length was up to 12 meters (39 feet). This means they could have hunted dangerous animals like Tyrannosaurus Rex.

Argentinosaurus was one of the heaviest and largest land animals that ever walked Earth. Argentinosaurus had a huge body and weighed up to 90 tons (almost 100 000 lbs) but was still able to walk on all fours and, like all sauropods, a long neck, a long tail, and a large body. Unbelievable how much this plant-eater had to eat to get that big. Probably a ton each day.

Allosaurus – This giant theropod dinosaur had a body length of 18 m (59 ft) and weighed 3 tons (3 000 kg). It lived during the late Jurassic period in North America. Allosaurus was one of the earliest known large carnivores, and it may have hunted the herbivorous dinosaurs like Brachiosaurus or Apatosaurus.

Carnotaurus – This giant theropod dinosaur lived during the Late Cretaceous period and had a body length of 10 m (32 ft) but weighed only 3 tons (3 000 kg). It’s interesting because it may have had horns on its skull like many other dinosaurs thought to be herbivores, including Triceratops. This animal is not one of the most common types of dinosaurs, but an important one, because it was one of the fastest dinosaurs out there! How fast could it run? No idea! But the bone structure of his legs tells us that he was probably faster than other dinosaurs.

Parasaurolophus – They were some of the first dinosaurs ever discovered and often seen in documentaries or movies- They’re common in films and documentaries and easy to identify because of the crest on their head. Parasaurolophus was a herbivore and both biped and quadruped.

Compsognathus – These carnivorous dinosaurs lived about 150 million years ago and were the smallest known dinosaurs. I wish I could get one as a pet! They walked on two legs (bipedal), and their body length was only 50 – 60 cm (20 – 24 inches) and weighed 5-6 kg (11-13 lbs). They were probably speedy and likely covered in feathers.

Dilophosaurus – This large carnivorous dinosaur was one of the first dinosaurs ever discovered. It lived during the late Jurassic period in North America and had a skull with a unique crest on its top. The Dilophosaurus had two crests, one at each side of his head.

Gallimimus – Gallimimus was a hadrosaurid or duck-billed dinosaur. It lived during the late Cretaceous period in what is now Mongolia. This herbivorous dinosaur had an estimated length of 9 meters (30 ft) and a mass of 2,000 kg (4,400 lb). The first fossil remains were found in the Gobi Desert in Mongolia.

Hylaeosaurus – One of Britain’s first ‘true’ dinosaurs, was also successful. It had a large head and massive jaws which could open very wide. Hylaeosaurus is an ornithopod (bird-foot) dinosaur related to the Ankylosaur and herbivore (plant-eater). It lived 136 million years ago. Hylaeosaurus was about 13 feet (4 meters) high, 26 feet (8 meters) long, and may have weighed as much as 2 or 3 tons.

Coelophysis – Coelophysis is one of the most common dinosaurs in movies, documentaries, etc. They lived in western North America during the late Triassic period, about 210 million years ago. This small dinosaur had a length of 3 m (9.8 ft). Like other early dinosaurs, it may have been covered in feathers.

Hypacrosaurus – The herbivore Hypacrosaurus was about the size of a horse, and like other hadrosaurs, it may have been able to nibble plants off the trees. There were no teeth in its beak, so this feeding method is called “browsing”. Two large openings at the top of the skull suggest an enlarged nasal cavity that would have helped Hypacrosaurus sense its environment.

Oviraptor – The discovery of Oviraptor in 1924 turned out to be one of the most important paleontological finds of the 20th century. It was one of the first dinosaurs found with preserved soft tissues such as skin and feathers. It was probably an omnivore, as its parrot-like beak suggests it was a fruit-eater, even though a fossil of an Oviraptor with fragmented remains o a lizard inside his body proved that it occasionally ate smaller animals.

It’s worth mentioning that some common prehistoric animals weren’t classified as dinosaurs, even though they look similar. Plesiosaurus, for instance, was classified as a marine reptile. The plesiosaurus was a large Sauropterygia (a group of aquatic reptiles). Some plesiosaurs were as long as 16 meters and weighed 8 metric tons!