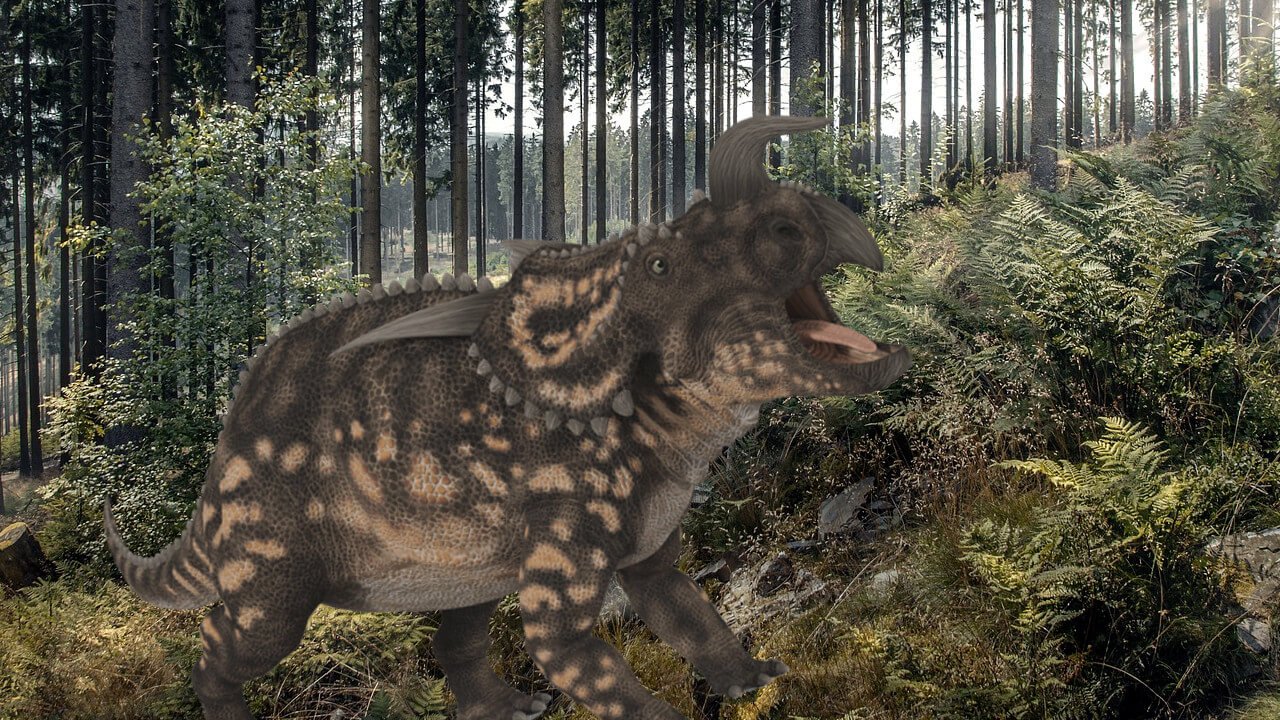 There were at least two dinosaurs that looked like a triceratops with one horn! Styracosaurus, and Centrosaurus.

The Styracosaurus (which means spiked lizard in ancient Greek) is a large, horned dinosaur that looks like a triceratops because it has a giant spike on the top of its head. It’s an ancestor of the Triceratops and lived in what is now Canada, and both dinosaurs are part of the Ceratopsia family – a group of dinosaurs with horns and frills over the neck.
This dinosaur existed in the late Cretaceous period 75.5 to 75 million years ago, which means it became extinct long before the Triceratops appeared approx 68 million years ago (who in turn died out 66 million years ago, probably because an asteroid hit earth).
Styracosaurus was a herbivore, meaning it ate plants. The Styracosaurus would have been armed with a large beak and thick horns on its skull to protect itself from predators like the Tyrannosaurus.
The longest Styracosaurus was around 18 ft (5.5 m) long and weighed about 3 tons.
That’s as much as 15 lions. Or 10.000 ermines (who didn’t exist back then). 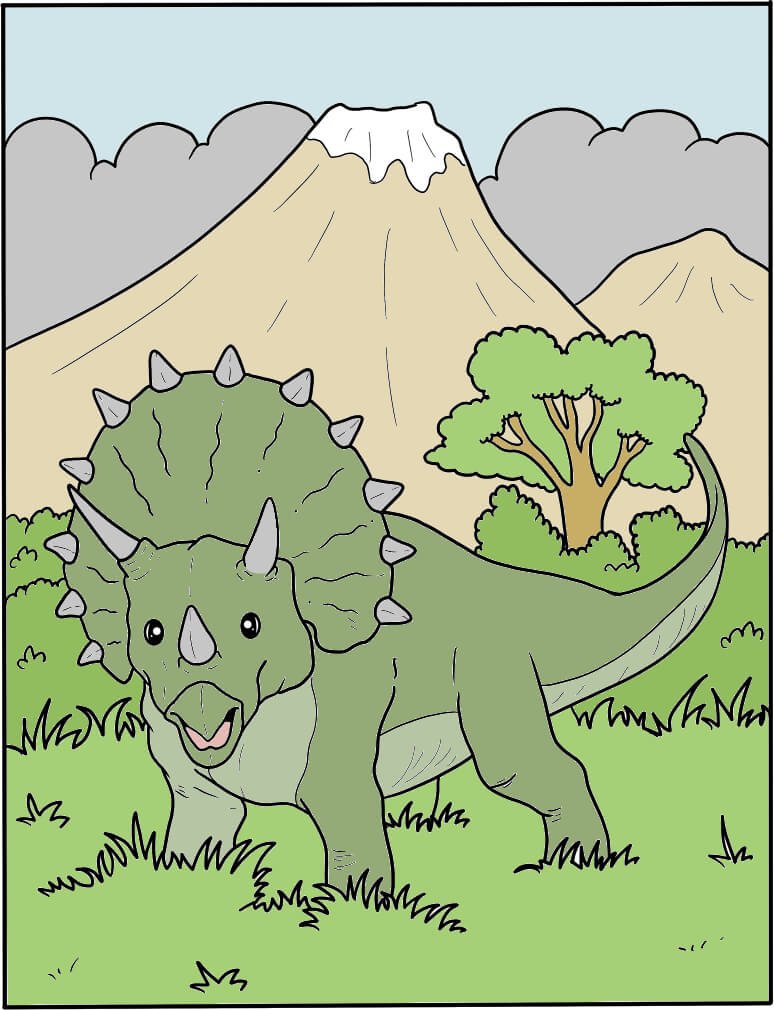 Get this and over 100 printable dinosaur coloring pages for free at iHeartDinosaurs.com

Because of its large size, the Styracosaurus was a plant-eating dinosaur that lived in herds.
When they moved, they had to stick together to protect themselves better from predators.
This dinosaur also had a sharp sense of smell to help it find food and avoid danger.

There’s a bit of controversy about how exactly this dinosaur stood and walked (as there always is). Some scientists think it held its head high off the ground, while others kept its head lower.

Another dinosaur with one horn like the Triceratops is the Centrosaurus. It lived between 76.5 and 75.5 million years ago and is also an ancestor of the Triceratops and a part of the Ceratopsia family. Centrosaurus likely had two tiny horns above its eyes, tough. It was a plant-eater and lived in herds, as fossil remains show, just like the styracosaurus, and reached a length of 6 meters (almost 20 feet) and 3 tons.

Both Dinosaurs In a nutshell:

• Both dinosaurs look like a Triceratops with one horn

• Both dinosaurs are part of the Ceratopsia Family

• Styracosaurus lived 75.5 to 75 million years ago, long before the Triceratops came

• Lived during the same time as the Tyrannosaurs