Do you know the difference between a possum and an opossum?

The Virginia Opossum is also known as the North American Opossum. It’s a marsupial that lives in North America, Central America, South America, and some Caribbean islands. They are primarily nocturnal animals with grayish fur. Their diet consists of insects, grubs, worms, eggs, and carrion (dead animals).

Possums and opossums are both marsupials but are not the same animal. Possums live in Australia and New Zealand, where they eat fruit or vegetables like apples or oranges.

Rabies is very rare in opossums. They’re usually – probably because of their low body temperature – not carriers of rabies. The chance of contracting it from an opossum is very slim. Rabies can only be transmitted through saliva or brain tissue, so if you’re bitten by a rabid animal, the virus will enter your body through those fluids. If you touch a rabid animal’s fur and then touch your mouth or eyes before washing your hands thoroughly with soap and water, you may contract rabies as well.

What do opossums eat?

You may have seen an opossum out at night scavenging for food. But what do opossums eat? They eat almost anything! Plants, insects, small animals, but mainly dead carrion. Commercial dog and cat foods and human food waste are on their menu as well.

They’re also one of the few mammals that can live several days without a direct water source. Because they’re sleeping heads down, hanging by their tails from tree limbs, they can get enough water from the dew to live for days or even weeks.

They’re almost not dangerous! Almost. You might see them crossing the road at dusk, but they’re not as dangerous as you think. In fact, they’re just about the cutest animal on earth.

But you should know that while opossums rarely carry rabies, they are still wild animals, and close contact should be avoided in general. They have sharp teeth and can bite humans when threatened or cornered. Such a bite can transmit diseases like tularemia, leptospirosis, and bubonic plague!

So while they don’t carry rabies, they might pose other risks to humans who come into contact with them.

How long does an opossum live?

The average lifespan of an opossum is 2-3 years.

They are the only marsupial in North America, and they’re adorable. But did you know that they also have a lot of benefits for humans? Opossums eat pests like ticks, rats, bugs, and cockroaches, which is good news because these animals can carry diseases. Plus, their droppings fertilize plants!

They’re one of the most misunderstood animals on earth. Opossums have been unfairly characterized as dirty, diseased, and dangerous to humans. But they’re actually quite clean and docile creatures who clean themselves just like cats do and pose a minor threat to people or pets.

What's the difference between an opossum and a raccoon? 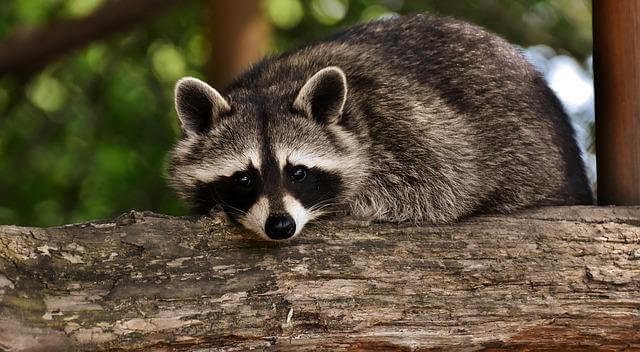 Opossums are marsupials, meaning they have a pouch on their stomachs for carrying babies. 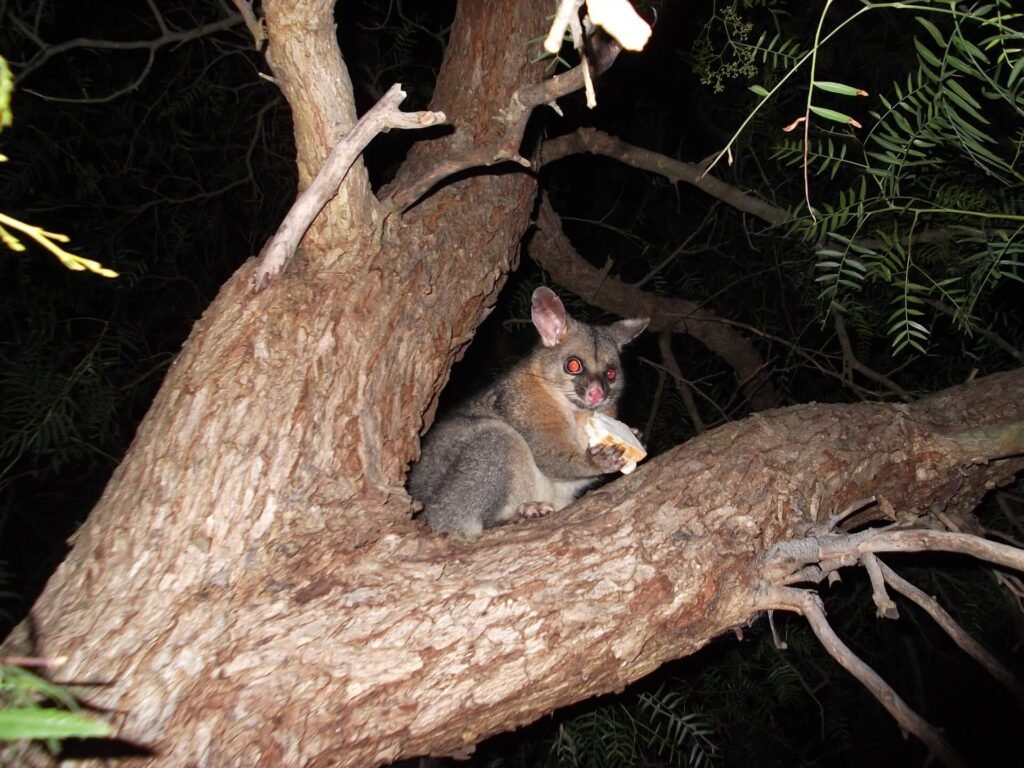 What is the meaning of play opossum?

Play opossum means to act dead. When threatened, an opossum will pretend to be dead by showing no movement or even breathing.

Did you know? The word “opossum” comes from Algonquian, and it means “white dog-like beast.” This creature has a white-gray coat that blends in with its surroundings.

An opossum is a marsupial that lives in North America. They are most active at night and are usually found in the forest or near streams, where they eat plants, insects, small animals, and carrion. They live in trees or brush piles and take up residence under porches and houses if given access to crawl spaces or attics. Opossums have opposable thumbs on their front paws so they can grasp branches to climb trees.

You may not be aware of it, but there are many types of opossums living all over the world! The Virginia Opossum has been introduced to Europe and Australia, where it competes with native species for food and habitat. In South America, there’s also a type called the Patagonian Opossum, which lives high up in trees like its cousins from North America do.

Opossums can build a nest but spend only a few days there before they move on. Their babies stay in a pouch on their mother’s body. During the day, you’ll find them napping high up in trees or on rooftops where they can be safe from predators like coyotes, foxes, dogs, and cats.

Is an opossum a rodent?

Just because it looks like a rat? No, Opossums are not rodents. They’re marsupials, which means they carry their young in pouches on their bodies, like kangaroos, wallabies, and koalas. This is why opossums have a pouch-like face and long snouts that help them sniff out food in the dark.

If you think an opossum looks like a rodent, it’s because of its long snout and pointed nose. Not to mention its pointy ears! But don’t worry, opossums are actually really cute animals with soft fur and big eyes.

Learn more about these fascinating creatures with our list of 10 fun facts.